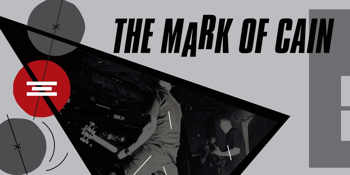 The Mark Of Cain

Placement
The Gov - Main Room (Hindmarsh, SA)
Friday, 19 August 2022 7:30 pm
6 days away
18+ (unless accompanied by Guardian)
Metal / Hard Rock
Alternative
Send this event to
The Mark Of Cain - the band dubbed least likely in their high school year book - return this August in celebration of being the South Australian Music Awards most recent inductee into the SA Music Hall Of Fame.

In accepting the honour TMOC join previous recipients including Jim Keays and Masters Apprentices, Glenn Shorrock, Cold Chisel, Archie Roach, Bart Willoughby, Sarah McLeod, The Zoot and many more. The band will accept award at a simple ceremony on August 19th at The Gov prior too taking the stage for a full career spanning set.

Along the way TMOC have also achieved a series of first including being the first Australian band to work with legendary producer Steve Albini (Big Black, Nirvana, Page & Plant), the first Australian rock act to crossover into the dance market via their ground breaking work with local DJ / producer Paul Mac (a move later adopted by silverchair among others) and remain the only Australian act to be produced by former Black Flag frontman and US spoken word performer Henry Rollins. They have appeared in the soundtrack to movies Idiot Box (Degenerate Boy), various surf and skate films and had their track The Contender used as the exit music for contestants on TV show Big Brother.

It’s a remarkable achievement, unique, and all done without ever having relocated from their home city of Adelaide.

"This is much appreciated, it also addresses a common misgiving from our fans that we should have more recognition (our fans are always right you know) and although for ourselves, we’ve never been a band that seeks attention, we were always proud to be a band from Adelaide that could tour other states and show that Adelaide can and does produce great independent music and we have never compromised on that vision or belief. So we take it as a great honour for this recognition and invitation from SAMIA.” - John Scott

In addition to the Adelaide performance and in order to celebrate the induction The Mark Of Cain will also play shows in Sydney, Melbourne this August under the banner A Different Kind Of Tension a nod to legendary UK proto-punks Buzzcocks and their influential 3rd album of the same name as well as providing the perfect metaphor of the last two years (and counting) of covid-endured isolation.

"I’ve been reading and dipping back into the Buzzcocks for some reason this last few months, and it occurred to me that the whole concept of a Different Kind of Tension is very applicable to everything we’ve felt over the last 2 years, and so wanted a very obvious use of imagery that Malcom Garret used so effectively with The Buzzcocks. A band whose music and artwork influenced me greatly when I was young, dumb and full of…erm…hope.” - John

Tickets for all three shows go on-sale Friday June 3rd. Get yours via feelpresents.com